The next generation in MOSQUITO CONTROL

Attractive Targeted Sugar Baits (ATSB®) project partners* are pleased to announce that the first of three large scale epidemiological studies have begun to support the opening of a new product class for vector control interventions which address the growing problem of outdoor biting mosquitoes.

Zambia was the first country to start this trial in November 2021 with more than 40,000 bait stations deployed in 35 clusters. A total of 2,450 children aged 1 to 14 years old are enrolled in this study which is expected to last two years.

Two similar studies will be conducted in Kenya and Mali starting in March and April 2022 which together with entomological, social science and cost effectiveness analysis will constitute the data package which will be submitted to WHO to open the new product class and to regulatory authorities to seek approval for market deployment in sub-Saharan countries.

This is a major achievement following a decade of research and product development. In 2016 and 2017 large-scale proof-of-concept studies were conducted in Mali1, which demonstrated a significant impact on mosquito density and survival. Since then, a manufacturing platform was established to produce enough ATSB® stations with an agreed specification and quality. Modelling based on preliminary results anticipates that a 2-3% daily feeding rate on ATSB® would lead to a 30% decrease in malaria incidence.

A large campaign of entomological trials was subsequently performed in Zambia, Kenya and Mali in 2020 and 2021 to assess daily feeding rates across diverse ecological settings and to confirm the ATSB bait station resilience when deployed in real field conditions, for example, when, exposed to rain, dust, wind and temperature variations.

The Bill & Melinda Gates Foundation, UK Aid and the Swiss Agency for Development and Cooperation (SDC) are co-funding the entomological and epidemiological impact evaluation of this new vector control tool.

A significant trend that has emerged in recent years is the growing incidence of outdoor biting. Mosquitoes are evolving, leading to biting earlier in the evening before people enter their houses to sleep under bed nets or biting after sunrise. Changes in species composition and behaviour have also been observed towards the dominance of outdoor biting and resting species. This trend is also being exacerbated by changes in human behaviour, with more time being spent outside structures particularly early evening when vulnerable to outdoor biting, often driven by increased accessibility to electricity.

Female mosquitoes take blood meals for egg production, but mosquitoes from both genders must feed regularly and frequently on sugar for energy to survive. Common sources of sugar meals include plant tissue and floral nectar. Two ATSB® bait stations are placed on exterior walls of houses and lures the mosquitoes with an attractant which contains a sugar source laced with an insecticide.

Whilst vector control tools such as bed nets and indoor residual sprays have traditionally targeted indoor biting mosquitoes, there remains a significant gap in the malaria eradication toolbox for outdoor biting interventions. ATSB®s have the potential to fill this important gap. 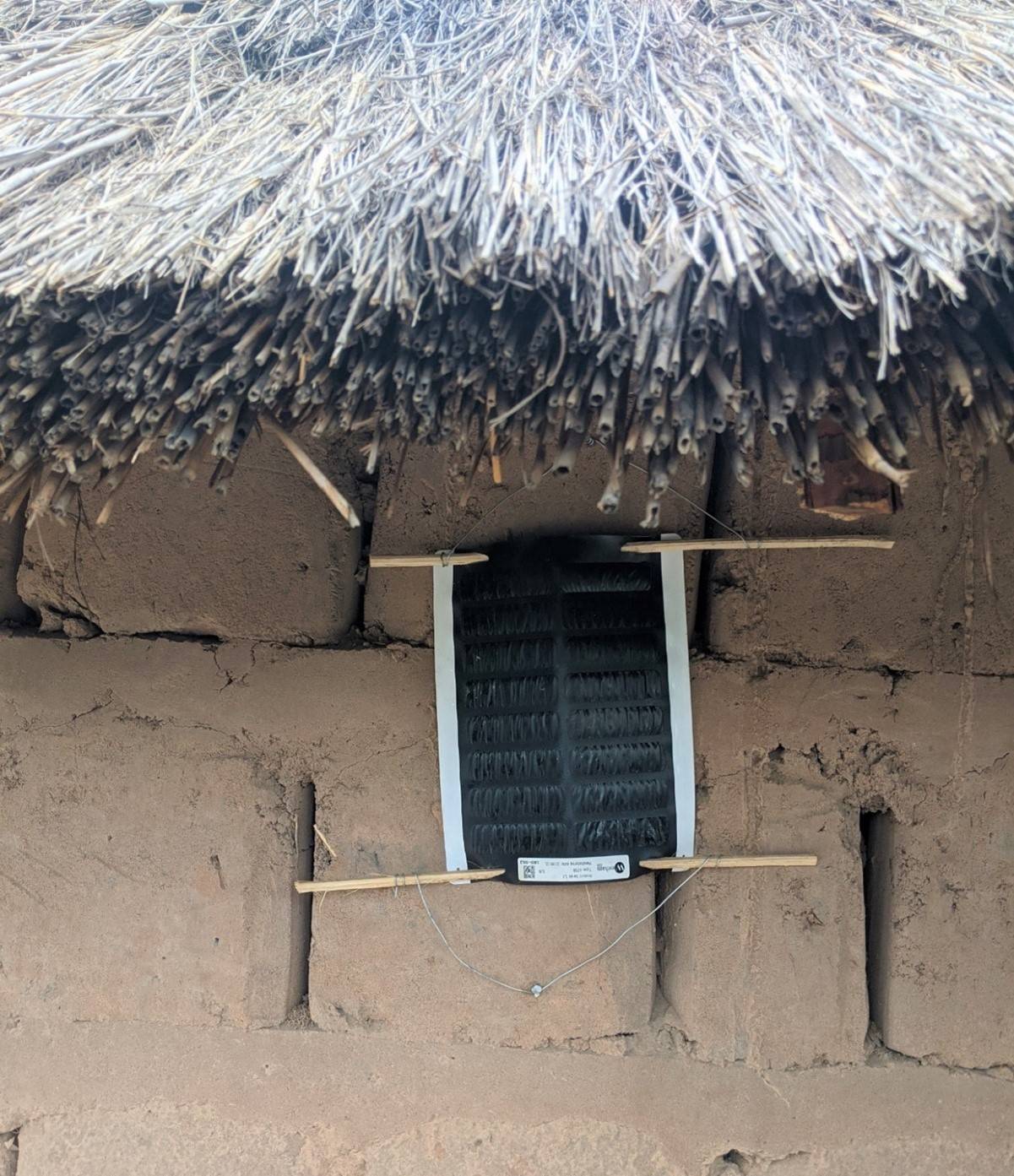 Image: ATSB station secured on the exterior wall of a structure.  Credit PATH